Semi-automatic castor oil press machine consists of feed hopper, gearbox, barrel, worm and frame.
Theflakesenter the barrel through the feed hopper. With the rotating of the worm shaft, the materials are pushed forward continually. The increasing of bottom diameter of the worm causes the reducing of the volume within the barrel. The pressure increases and castor oil is squeezed out. Meanwhile, the movement of flakes results in the friction between the flakes, worm, and barrel, producing a large amount of heat. The temperature of the flakes increases, increasing the plasticity of castor seeds and reducing the viscosity of the oil, which is good for the outflow of oil and increases the oil yield of the castor oil extraction machine.

Automatic castor oil press machine mainly consists of an automatic control system, pressing part, adjusting part, transmission part, and vacuum filtering device.
1. Connect the power, turn on the heat switch and adjust the temperature controller, the barrel of the castor oil extraction machine will be heated to the desired temperature. Start the machine, feed the materials into the hopper and adjust the cake thickness.
2. The worm rotates with the main shaft to push the materials forward continually. With the reducing of the volume within the barrel, the density of the materials increases and the pressure increases. Meanwhile, the friction occurred within the barrel produced heat.
3. The cells of the materials are damaged and the oil flows out. When the oil flows onto the filtering barrel, push the vacuum pump button, the vacuum pump pumps out the air in the barrel and negative pressure forms. The oil is then pumped into the barrel through the filter cloth and pure oil is obtained.

Castor bean contains 46-56% of oil and the oil content in the deshelled bean can reach 70%. The bean also has a rich protein content of 18.9%.
Castor oil is an important bioenergy source and chemical raw material. It is widely used in the aerospace, mechanical, national defense and medical field. Castor bean cake is used as fertilizer and the cake after detoxification can be made into high protein feed.
India is the largest castor bean producing countries producing 1,554,000 tonnes in 2016. Mozambique is the second producing 77,424 tonnes. India is also the largest exporter of castor oil and China is the largest importer. Netherlands, France, Germany, and the USA are other major castor oil exporters and importers. 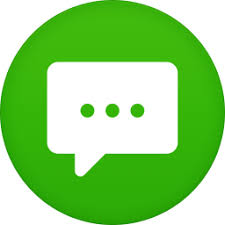